Self-love is very important especially in a relationship. When you realize your worth, you will not allow anyone to abuse or mistreat you. The National Center on Domestic & Sexual Violence has a Power and Control Wheel that explains physical, sexual, and emotional abuse.

National Center on Domestic & Sexual Violence describes emotional abuse as putting her down. Making her feel bad about herself. Calling her names. Making her think she’s crazy. Playing mind games. Humiliating her and making her feel guilty.

Minimizing, Denying, and Blaming: If he makes light of the a situation, and not taking her concerns seriously. Saying the abuse didn’t happen. Shifting responsibility for abusive behavior. Saying she caused it.

Using Children: Making her feel guilty about the children, Using the children to relay messages. Using visitation to harass her. Threatening to take the children away.

Economic Abuse: Preventing her from getting or keeping a job. Making her as for money. Giving her an allowance. Taking her money. Not letting her know about ot have access to family income.

Isolation: Controlling what she does, who she sees and talks to, what she reads, and where she goes. Limiting her outside involvement. Using jealousy to justify actions.

Male Privilege: Treating her like a servant: making all the big decisions, acting like the “master of the castle,” being the one to define men’s and women’s roles.

Coercion and Threats: Making and/ or carrying out threats to do something to hurt her. Threatening to leave her, commit suicide, or report her to welfare. Making her drop charges. Making her do illegal things.

Because many organizations do not recognize emotional abuse as real abuse, they do not offer any help getting away from your relationship. In many states, you can not get free or low cost representation from a lawyer unless there was physical abuse. So, if you are a stay at home mother, its easier to stay in a toxic relationship than to leave. If you are experiencing any of these forms of abuse, please get away and save yourself. There is a way to get away. Be resourceful and make a plan. You do not deserve to be treated with anything other than respect, equality, trust, and support.

Best wishes to you.

Do you need some inspiration or want to learn about positive affirmations? Click this link to be take to the resources page.

Do you want to share your story to inspire others? Let’s collaborate! 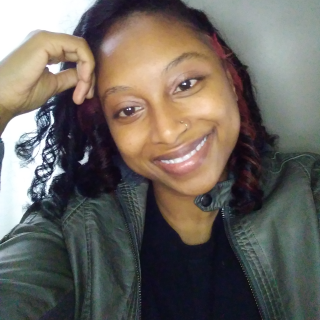 Zazo Dream creates children's ebooks, Youtube videos for kids, and a Mommy blog for inspiration and tips for moms. Mom, our goal is to make things easier for you and provide educational and fun material for your child. Thank you for visiting!

Learn How to Publish Ebooks